Time Team: Sailing into the Sunset?

Posted on September 4, 2014 by Francis Pryor

Next Sunday Channel 4 will be screening the last new Time Team film of any sort. It’s about prehistoric boats and I very much enjoyed being a part of it. So do try to see it, if only for old times’ sake. But when Philip Clarke, the man in charge of making the film, emailed me with the news, it set me thinking.

We’ve been treated to some ghastly horrors in the news of late: scenes of early medieval barbarity in Iraq and Syria; and Russia returning rapidly to the days of Ivan the Terrible. We are being treated to nasty re-runs of history – and why? Because for many people history is about rote-learned texts and semi-mythical tales handed down through the generations. The world view that this engenders is essentially medieval, irrational and certainly pre-Enlightenment. Religious fundamentalists in America describe themselves as ‘People of the Book’, which is indeed what jihadists and others are. But what the modern world needs desperately are ‘People of Many Books’; people who seek rationality and ways in which the whole of humanity can survive on an increasingly over-crowded planet. And this can only be achieved through rationality, and with it, a dispassionate, flexible approach to the lessons of history.

I wouldn’t say for one moment that Time Team had such lofty goals, but in our very small way we took hesitant steps in that direction. I hope others will build on the many boats we floated. 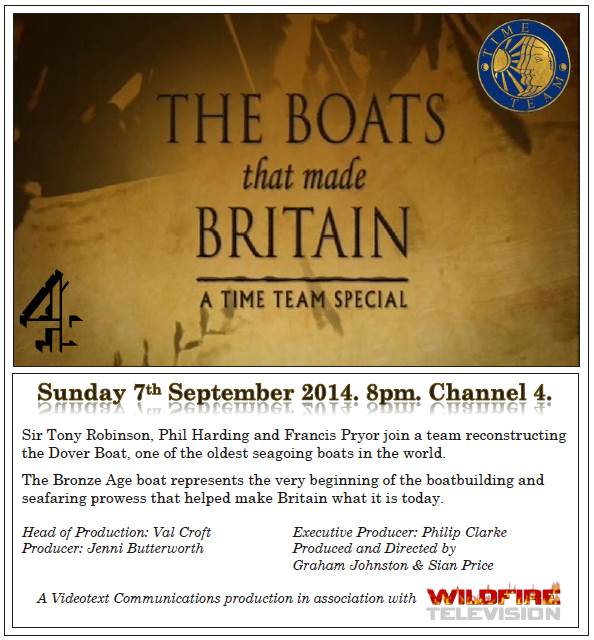