At Last, Signs of Change

What a weird winter we’ve been having so far. In December we had those terrible storms down the east coast, and now poor old Somerset and the West Country are facing a terrible onslaught. Yet still many people confidently assert that the climate isn’t changing. So I fully understand Prince Charles’s frustration and fury at those people who choose to deny that anything is happening, despite what 99% of all scientists are saying. I even gather that one or two Republicans in the U.S. now acknowledge that climate change might be real. Blimey! They’ll be denying the literal truth of Adam and Eve next. Mark my words, it’s the start of a slippery slope…

Personally, I like the idea that global warming is finding meteorological expression in the weirding of the weather. And hasn’t it been a weird winter so far? The fuchsias in the garden are still fully in leaf, as are the agapanthus plants, which around here normally have their leaves frosted in November, or earlier. I think we may have had a couple of very light air frosts in December, but we’ve barely had so much as a ground frost in 2014. In fact the grass is getting so long I’ll have to mow the lawn soon, but I won’t be able to run the mower across the soggy ground.

This time last year our solar panels were doing virtually no generation, as every day was cold and grey. But this year the meter has been ticking-over very nicely (thank you). We’ve been having a day of storms, followed by two or three of bright sunshine. Today was one of those days and I was able to spend about six hours outside. It was gorgeous! On one of those sunny, in-between storm days last week, I took a stroll with my camera. To get into our wood you have to pass along a short walk, where the grass path is lined with hazelnut bushes, which we planted back in 1992, along with a handful of snowdrops which I’d transplanted from our old garden. I have to say that this year the combination of hazel catkins and snowdrops was quite stunning. And then when I got into the wood, I don’t think I have ever seen the snowdrops, aconites and hellebores looking better. Sad to say, but it’s indeed an ill wind that blows nobody any good. 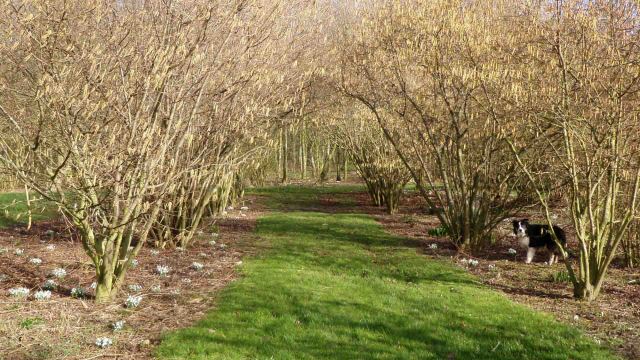 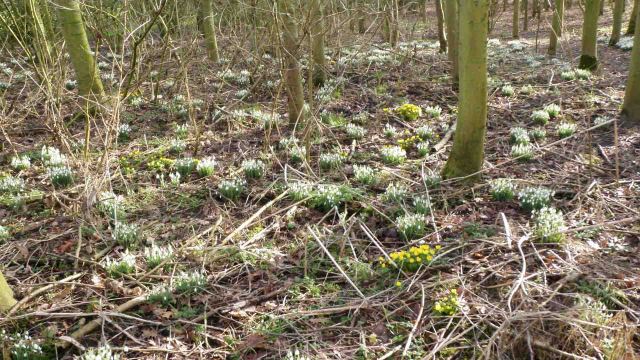 Snowdrops and aconites in the wood.

This entry was posted in Gardening and tagged aconites, climate change, hellebores, snowdrops, weather. Bookmark the permalink.
%d bloggers like this: