Lambing has finished and yesterday we gave the last batch their protective inoculations before releasing them from the barn and out to pasture. They still have open access to the shelter of the barn, should they need it, but they rarely seek it out. As a human, it’s easy to forget just how thick and warm the insulation of a young lamb’s fleece can be. So what now?

Well, I know what I ought to be getting on with: the stuff that’s now piled high in several toppling heaps of paper on and around my desk, which naughtily I removed for that picture in the Unbound blog, and which gained me the much-coveted (!?) DESK OF THE WEEK Award. So was that fraudulent? Did I do a Lance Armstrong? Can I live with my conscience? Only time will tell.

My friends, lords and masters at Unbound have Tweeted that I need help to get back to my desk. Is this a hint, or a veiled command? I think we – I think I – should be told. But I feel bad that I haven’t informed Alan Cadbury that I’ve written a book about one of his exploits. The trouble is, I know he’s digging somewhere, but have no idea where. He can be very secretive when he wants. Anyhow, with the help of Twitter (which I know for a fact he follows), I’ll try to track him down over the next few days.

If the sheer mass of stuff were not daunting enough, the garden and its flowers are also demanding attention. Last week I planted my potatoes and yesterday my broad beans (and I’ll feature both of these in a Grow Your Own post shortly). I think it’s probably a bit late to cut hazel pea sticks, so I re-used the ones I set last year (and blogged about) and they weren’t too brittle and should be OK. Unlike many vegetables, peas and beans don’t mind being set in the same ground for two years running – although it’s not something I’d make a habit of. 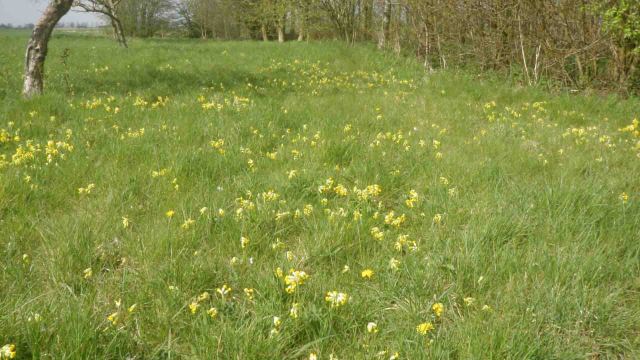 A thick patch of Cowslips in the orchard 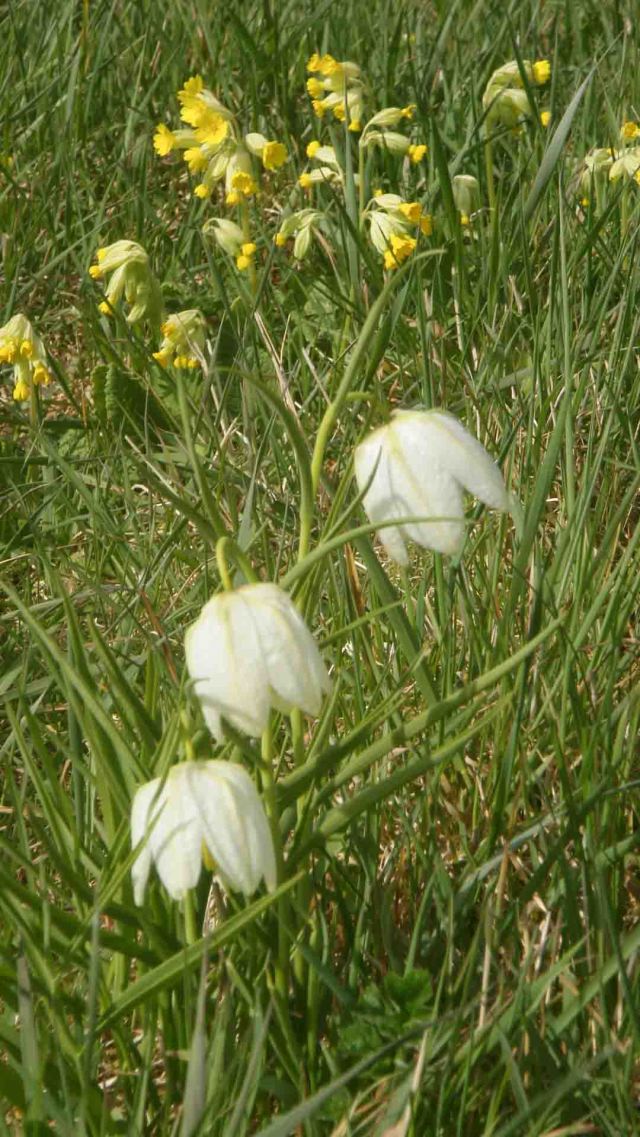 White Snakeshead Fritillaries and Cowslips in the meadow

The warm weather that began a week ago has suddenly accelerated everything out in the flower garden. Cowslips and Fritillaries have never looked better and the latter have benefitted from the almost complete lack of pheasants, who love to peck off their flower buds. This year none of the local commercial shoots released any hatched semi-tame birds – thank Heavens! It’s such a strange year: the latest snowdrops are still just visible as are a few crocuses, yet the main daffodils are still in flower and the primroses in the wood are finished. Every year produces surprises and in 2013 in our garden it’s the anemones (especially varieties of A. blanda) and the Celandines, of which the variety known as Brazen Hussy (Ranunculus ficaria), with early bronze-coloured foliage, was particularly fine. And as for the Summer Snowflakes (Leucojum aestivum, var. ‘Gravetye Giant’), I don’t think I have ever seen them as good. And of course all of these plants love wet conditions, and boy, have they had them!

Summer Snowflakes along a low wall

Close-up of the bell-like flowers of Summer Snowflakes

And now I must plant the second batch of green peas and mow the grass which is almost a foot high in places. Then I’ll move some more snowdrops and Hostas, before it’s too late. Oh, Sod my f***ing desk!